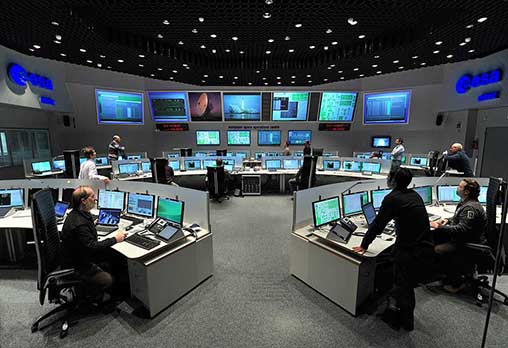 Spacecraft operations is contrary to common belief a separate field and expertise from satellite and spacecraft design. The two fields are of course highly related but each have their own areas of focus and tasks. The flight control team is usually put together well in advance of flight acceptance testing of the satellite/spacecraft and launch. All spacecraft operations teams make a distinction between what is commonly referred to as the platform and the payload.

Platform systems concern the power systems, communication systems, attitude and orbital control, thermal control and interface with the Flight Dynamics team who support operations with maneuvers and orbital control activities. Payload teams take care of the instruments and payload operations of the satellite/spacecraft and these vary with missions. Monitoring and control of all onboard systems is prepared by the Flight Control Team in close collaboration with the manufacturers and expert teams/designers.

The amount of tests conducted before a satellite or spacecraft is launched is extensive. Not only is there usually a series of structures built specifically for testing such as a structural model, an electric model and at times even a dedicated thermal model. More common for smaller and faster missions is to have a protoflight model which is used for tests and can also be launched. In the picture to the left is one of the FOC GALILEO satellites being prepared for solar array deployment tests at ESTEC in Noordwijk the Netherlands. A series of vibration tests, acoustic tests and thermal tests are also done while operations teams get to test operations and determine monitoring limits and thresholds to be more fine tuned.